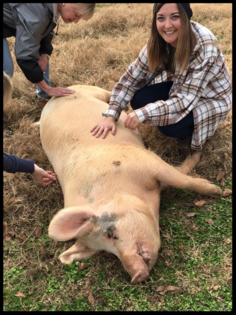 ​​Brook has been running Carol House Furniture for over 20 years, while working in the business for more than three decades. In addition to serving as Vice President of the Alliance, Brook also serves as director of Carol House "Quick Fix Pet Clinic" (Carol House Furniture paid for the Quick Fix building and the Clinic leases it for free). Brook supports many charitable causes but his favorite one is Animal Welfare. He has been a valued Alliance Board member for 12-plus years. His family keeps him busy as well - son Garett is 14 and daughter Eliana is 12. Brook is very active and likes to stay fit by working out and exercising regularly. 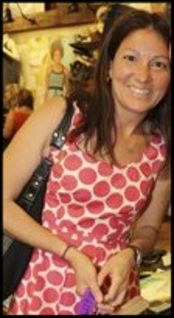 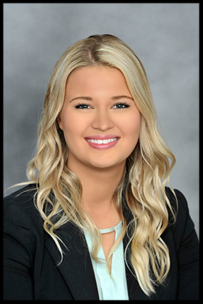 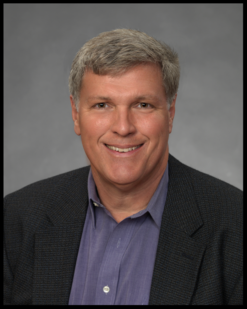 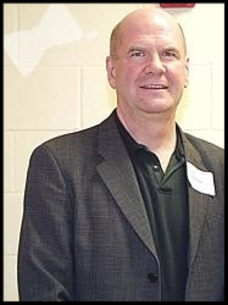 years ago, and was honored with the Grace Korsan Award in 2003.  He currently serves as Secretary to the Alliance.

In addition to his animal related charity work, Ed also serves on the board of the Boy Scouts of America, the Semper Fi Society board, the advisory board of the USO of Missouri, the Vietnam Veterans Round Table, and is the former Chairman of Business BancShares.

We are especially honored to share that Ed joined the United States Marine Corps in 1967 and served during the Vietnam conflict from July 1968 to August 1969, attaining the rank of NCO Corporal platoon leader. Ed was wounded three times and is the recipient of the Purple Heart Medal.

​​Ed first became involved in animal welfare when he was asked to be on the board of the Humane Society of Missouri (HSMO) in the mid 1990s. After six years he was elected president/chairperson of the board, serving in that capacity for a little over 4 years. He remained on the board for a total of 12 years. Ed is the co-founder of the Animal House Fund, an organization created to help the city of St. Louis address its lagging commitment to the city's animals. They started a cat shelter in 2009 and it currently serves thousands of cats a year with health care, shelter and adoptions. Ed joined the Missouri Alliance for Animal Legislation some 10

Tara is a veterinarian and owner of the Afton Veterinary Clinic.  From the time Tara was four years old, she told her mother that she wanted to become a veterinarian.  Prior to starting her veterinary career, Tara worked at the Developmental Services Center (DSC) where she dedicated herself to making the world a friendlier place for those with developmental disabilities.  During her time at DSC, Tara adopted a young German Shepard puppy that had been abused.  Affectionately named Toast, this pup was never far from Tara and became her touch therapy dog for her clients at DSC.

Unfortunately, Toast began having severe seizures.  Despite a multitude of testing and medications, there was no improvement in Toast.  Sadly, on one very cold December afternoon, Toast slipped into a seizure that was too much for her body to take.  Toast was euthanized but not before Tara promised her dear friend that she would return to school and pursue that long ago childhood dream.

After graduating from the University of Missouri College of Veterinary Medicine, Tara spent four years working as an associate veterinarian in a multi-doctor practice in St. Louis County.  It was during this time that she developed her next dream to purchase her own veterinary clinic.  On August 1, 2008 that dream became reality when she purchased Afton Veterinary Clinic.  With this dream met, Tara continued to set new goals consistent with her passion for all animals and her desire to be a strong advocate for those that would otherwise have none.

It was with this mindset that Tara has taken in dozens of animals over the years and has given out of her own pocket over $100,000 to support owners who do not have the resources to care for animals that require an emergency surgery.  To augment this goal Tara founded Hope Mending Hearts, a non-profit charity that provides grants to owners that are struggling financially and whose animals are in urgent need of veterinary care.  Tara recently fulfilled another dream as she has expanded her practice in September to a new location where she has built a state of the art hospital to offer even more services to animals in the community.

Not only did Tara keep her promise to Toast to become a veterinarian she continues to keep Toast in her heart as she helps to mend those animals most in need.

We are pleased to welcome Dr. Brooks to the Alliance Board of Directors.

​Born and raised in Monterey, California, Marlo went on to attend Indiana University while excelling at Women's Cross Country. She moved to St. Louis to earn her law degree at St. Louis University, during which time she interned for the St. Louis County Prosecuting Attorney's Office. It was then and there that she decided to be a prosecutor, serving in this capacity for over 16 years until March 2018. She left County to join the Circuit Attorney's Office where she is currently the General Felonies Team Leader, supervising a group of trial attorneys while maintaining her own case load.

​Marlo has been an animal lover since childhood and is grateful to be a voice for the voiceless in both her career and her volunteer work.

​She joined the Alliance as a Board Member in March of 2016 and is proud of all the work it does on behalf of animals in Missouri. ​

Dale's hometown is Belleville, Illinois and he graduated from Southern Illinois University at Edwardsville. He and his wife TJ are avid animal advocates and live in Wildwood along with numerous adopted animal friends.

​Dale's statement about the Missouri Alliance for Animal Legislation:

​​"No other animal welfare organization works exclusively on legislative matters not only within Missouri, but nationally as well. Although state-based, the Alliance has garnered national attention for its efforts and achievements. Our work is vitally important since passage and retention of animal protection laws is the first line of defense for animals. We also work towards enforcement, as application and adherence to those laws and subsequent prosecution of violators is just as important to ensure compliance.

​One of our ongoing goals is to expand awareness of our legislative efforts throughout Missouri (and the country) via  our website and usage of social media, supporting initiatives within institutions of higher learning, and providing educational opportunities to all residents of Missouri.

​An educated and informed public can and will make a difference in the lives of animals."

Stacy is truly committed to animal welfare and believes strongly in the Alliance’s mission of advocating for stronger laws to protect animals and encouraging stricter enforcement of existing laws. Stacy’s dedication to the welfare of animals combined with her financial expertise is valuable to the Alliance Board.

Stacy is a financial planner with Krilogy Group and has been in the financial services industry since 2012.  She earned her Certified Financial Planner (CFP®) designation in September 2015. Stacy is a graduate of the University of Missouri – St. Louis, where she currently serves in the Young Professionals Division of the school’s Finance and Legal Studies Curriculum Board.  She also serves as a Pro Bono Financial Coach for the United Way of Greater St. Louis.

Stacy has a long history of community involvement where her passion lies with animals.  In the past she served on the Women’s Leadership Council of the Humane Society of Missouri.  Stacy actively volunteers for the St. Louis Feral Cat Outreach, trapping feral cats for the Trap, Neuter and Release program.  She has never met an animal she didn’t like!

Founder and CEO of GreenCourse Financial Advisors (and its predecessor) in 1999, Dale has served as the Alliance board president since 2012, and has been an Alliance board member since 2010. From 1993 through 1998 he was a principal with Moneta Group and served as a tax manager in the St. Louis offices of PriceWaterhouseCoopers and Ernst & Young prior to joining Moneta Group.

Dale has served as treasurer in his capacity as a trustee of his subdivision since 2000, was on the Board of Advisors of the Wildwood YMCA from 2006 through 2013 and participated as a board member and served on the Finance Committee of Center for Hearing & Speech from January 2009 through October 2018.

​The Missouri Alliance for Animal Legislation is governed by a board of directors, each of whom brings his and/or her passion, commitment, and experience to the table in order to promote animal welfare in Missouri. The board is comprised wholly of volunteers - professionals whose expertise and skills span a broad range, complementing and advancing the work carried out by the Alliance. Their focus is on the mission, strategy, and goals of the Alliance and meetings are held every two months, with terms lasting 4 years. Duties include: establishing and implementing legislative agendas designed to protect animals; working with the Alliance staff to inform and educate Alliance supporters and the general public on animal welfare and the mission of the Alliance; helping to increase the network of the Alliance throughout the state and at a national level; collaborating and working with other organizations who share the same goals as those of the Alliance; and fund raising to provide the financial resources necessary for lobbying, communication and other Alliance related activities.

​​A graduate of Saint Louis University School of Law, Kelsey is a Senior Associate attorney at Brown & James Law Firm. Prior to joining Brown & James, Kelsey worked as a law clerk with the Animal Legal Defense Fund. While at SLU, Kelsey was active in the Women Law Students' Association, Environmental Law Society, and she served as co-president of the student chapter of the Student Animal Legal Defense Fund. Kelsey currently serves as a member of the Alliance's "Open Your Heart" fundraising committee in addition to being on the board. When she isn't litigating, Kelsey enjoys traveling, literature, exploring the culinary scene in St. Louis - and of course, pampering her cat at home. 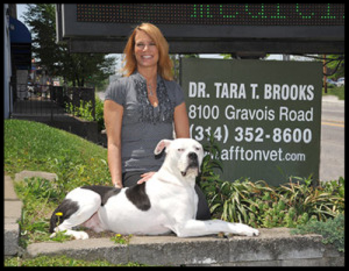 As Vice President of Operations, Debbie Hill oversees two Adoption Centers, the Animal Cruelty Task Force, and the Disaster Response team for the largest animal welfare organization in Missouri. Before joining HSMO in 1996, Debbie was active in animal welfare in Texas as an animal control officer and as executive director of a small shelter. Her tenure at HSMO includes the Missouri 500 Dog Fighting Case and the 7 month operation of a temporary shelter for those animals at an undisclosed location. 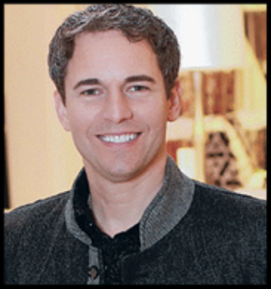 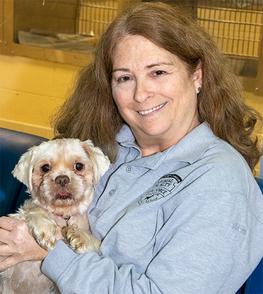